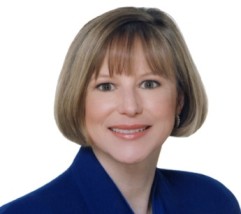 Within the past year, two young men faced sentencing from the same judge. Both had been found guilty of their crimes and the judge had nearly unlimited discretion.

One young man had spent a night out partying — including both drugs and alcohol. He got into his car and by the end of the night had killed 4 people. He had a blood alcohol level of .24 … 3x the legal limit in Texas.

The other young man punched a 40-year-old in the face. He punched the man so hard that the man fell and received a head injury that led to his death two days later.

Both crimes are horrible and resulted in unnecessary loss of life. However, you would that the death of 4 people, including two teens, would result in a harsher sentence than the death of one. You would be wrong.

The drunk driver is rich and white and was able to put on a spirited, although controversial, defense that convinced the judge he deserved treatment over punishment.

The young man who punched another in the street is poor and black. Not only did he not have a team of legal experts able to help his defense, his family was also not able to afford to send him to an expensive rehabilitation camp that might have prevented him from being sent to juvenile jail.

The problems with the sentencing in these cases is less about race and more about the income disparity between the two young men.

Thankfully, this judge is not planning on seeking another term on the bench.