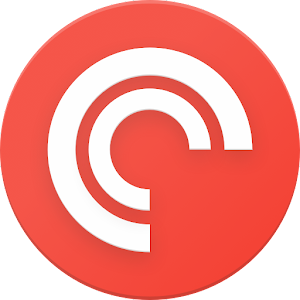 And, I love shows about food.

Due to awesome computer algorithms “A Chef’s Life” popped up as a show I might like, and I loved it.

The show airs on PBS stations around the country and the first two seasons are available on the PBS app for you to watch. I think they are currently filming Season 3, and I can’t wait for the new episodes.

The description from the show’s page describes it this way: “A Chef’s Life is a half-hour character-driven documentary and cooking series that takes viewers inside the life of Chef Vivian Howard, who, with her husband Ben Knight, left the big city to open a fine dining restaurant in small-town Eastern North Carolina.”

One of the things I love best about the show is that a majority of it doesn’t take place in the restaurant. Vivian Howard is all about the whole “farm to table” cuisine and the show actually focuses on what that means.

Back in the early 90s, I officially became a trekkie. I was obsessed with Star Trek: The Next Generation. I had missed the original episodes, but my friend Justin and I would meet almost every night when a local TV station would run reruns of the show at 11 pm. It was daily ritual during my junior year in college, and it was something I rarely missed.

Given how much I liked The Next Generation, watching Deep Space 9 should have been a no-brainer. However, I could never get in to the show. Over the years, I’ve tried watching episodes of the series and they’ve never held my interest.

Deep Space 9 is now available via Netflix Streaming, and I thought I would try to check them out again. I’m about 10 episodes in, and I’m not sure I will be watching much more of them. My biggest issue is the acting of Avery Brooks as Benjamin Sisto. I know that Avery Brooks is a well-respected actor, but I just don’t believe him especially when he is angry.

There is one scene early on in the first season that he goes to smack the wall and I actually laughed out load about how ridiculous it was.

There are pieces of the Star Trek timeline that I’ve missed by not watching Deep Space 9 (the continuation of the Worf story, for example), but I’m just not sure I can sit through 7 seasons of Avery Brooks for that reward.