For two weeks I was fighting a seriously bad cold. I barely was able to get my “day job” work done. And, the cold was all nasal congestion which seriously seemed to disrupt my thinking patterns at times.

In addition to the cold, I’ve also been prepping for a couple of big presentations in March. I’m looking forward to them, and working hard on them, but it hasn’t left a lot of mental time for much else.

In addition to all of that, the presentation and another bit of a writing I did earlier this month (not for public consumption at the moment) have left me in a mental funk. It’s not anything that I can’t handle, but it doesn’t leave me much mental space for writing other things.

I’m hoping to get back on the daily writing bandwagon sometime soon. 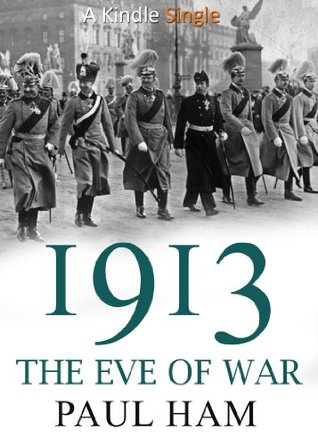 This thankfully was another book that I wouldn’t have known about if it hadn’t been for the #emptyshelf challenge. Someone else read this book as part of their challenge, and I also was able to get a copy of it.

Thankfully, 1913 was a great read that has changed that.

1913 is only available in eBook from Amazon. I believe I got it as part of the free lending library, but even if you had to buy it the cost is only $2.99. The book is about 83 pages.

Ham explores the different countries involved in the war and what they were doing in 1913 that led them to War.

One of the most interesting things about the book was how long the countries were preparing for the war and why no one country or one leader seemed willing to do something to stop it from happening.

It’s a quick read, and a good read for anyone interested in what lead to World War I.

Those following the Olympics live (and not relying on NBC’s primetime coverage) know that one of the favorites in the downhill — and the USA’s only real hope to medal in that event — did not do too well.

After leading in almost every practice session, Bode Miller made one big mistake that crashed him into a gate, killed his speed and removed all hope for a medal.

He was gracious in congratulating the winners and short and to the point in his defeat.

He has a chance for another medal later in the Games, and I hope he gets it. 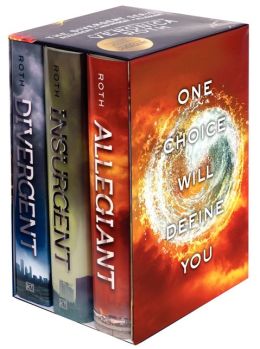 The Divergent books have been recommended to me for a long time, but I hadn’t taken the time to read them. They were definitely “on the list”, but nothing was bumping them up the list.

I added them to my Amazon.com wish list as a fluke, and received them as a present from Jake and Shay Checketts. That definitely moved them up the list.

One big thing that I realized while reading these books is that I have 100% become a digital book convert. I received these books as hard covers, which was awesome, but not so easy to read in “relax mode” as books on my phone or on my kindle.

The books are written for a young adult audience, but would be enjoyable by most adults. They are fast-paced a very quick read. (I read the 2nd book in the series over the course of three nights.)

There are some within the population who have strong personality traits of multiple factions. They are referred to as Divergent and feared by the leadership.

Beatrice, or Tris, the main protagonist in the first two books is one of the Divergent. She has to keep this aspect of her personality a secret while navigating through her teenage life.

I really enjoyed all three books.

Divergent does a great job in setting up the story, but still being a great stand-alone book if that’s the only one you read (although I wouldn’t recommend stopping there).

Insurgent is almost a perfect second book in a three book series. It’s fast-paced, and is a great bridge between book one and book three. One problem I often have with trilogies is that the second book spends so much time referring back to the first book that it screws up the plot of the second book. Thankfully, this doesn’t happen with Insurgent.

In an interesting twist, Allegiant is told both from Tris’ point-of-view, but also from Tobias’ point-of-view — one of the other main protagonists and Tris’ boyfriend. At the beginning of the book, this switch was a bit confusing, but given the plot of the third book totally necessary. I do think that Roth had a better understanding of Tris as a character than Tobias.

There is quite a bit of violence in the book, so I definitely think that the books should be kept for teens and not read by young children. Roth thankfully doesn’t feel the need to fill the books with teen sex, so there is some kissing and other relationship developments between Tris and Tobias but it never gets inappropriate.

I’m participating in the 2nd phase of Jon Acuff’s #30days to hustle group.

Today’s post was exactly what I needed to hear. It was all about not letting interruptions sidetrack us from our long-term goals.

This past week, I’ve been fighting a massive cold and its been a huge interruption. It’s been a interruption not just in my writing goal, but also in some of my other goals as well.

Most of my days this week have consisted of me:

> Trying to be awake and alert enough by 8:30 to start work.
> Struggling through my mornings a bit, and trying to be as productive as possible in the afternoons.
> Taking a nap starting around 5:30 pm. One night, this was a 5-hour nap.
> After my nap, getting some work done to make up for my really unproductive mornings.
> Dealing with a very stuffed head and garbage bags of tissues.

This means that I haven’t been to the gym in 9 days.

Writing has been a huge challenge both because of my general brain fatigue from the cold and/or my unproductive issues at work have meant that I need to use my normal “writing” time to catch up on work.

I’m really hoping this cold goes away soon, and I can get back on track with my goals. In the meantime, I’m not going to let these interruptions keep me from moving forward.